The Eastside Rail Corridor is a publicly owned 42-mile-long right-of-way that extends from the City of Renton to Snohomish County, Washington. The corridor was formerly owned by BNSF Railroad and used as a freight rail line as well as for a dinner train that traveled between Renton and the Woodinville Winery District. Alternate uses currently under consideration for the corridor include continued freight use between Woodinville and Snohomish, establishment of an excursion train, and future use for passenger rail. Community interests are split between preserving the corridor for passenger rail and using it solely as a trail.

DEA evaluated the potential for co-locating a multi-use path with the existing track alignment and developed a proposed trail alignment for a 14-mile segment of the right-of-way that includes using surface streets as alternatives where trail construction would be difficult or where necessary to allow for phased development of the trail. DEA also prepared conceptual-level construction cost estimates for the trail. 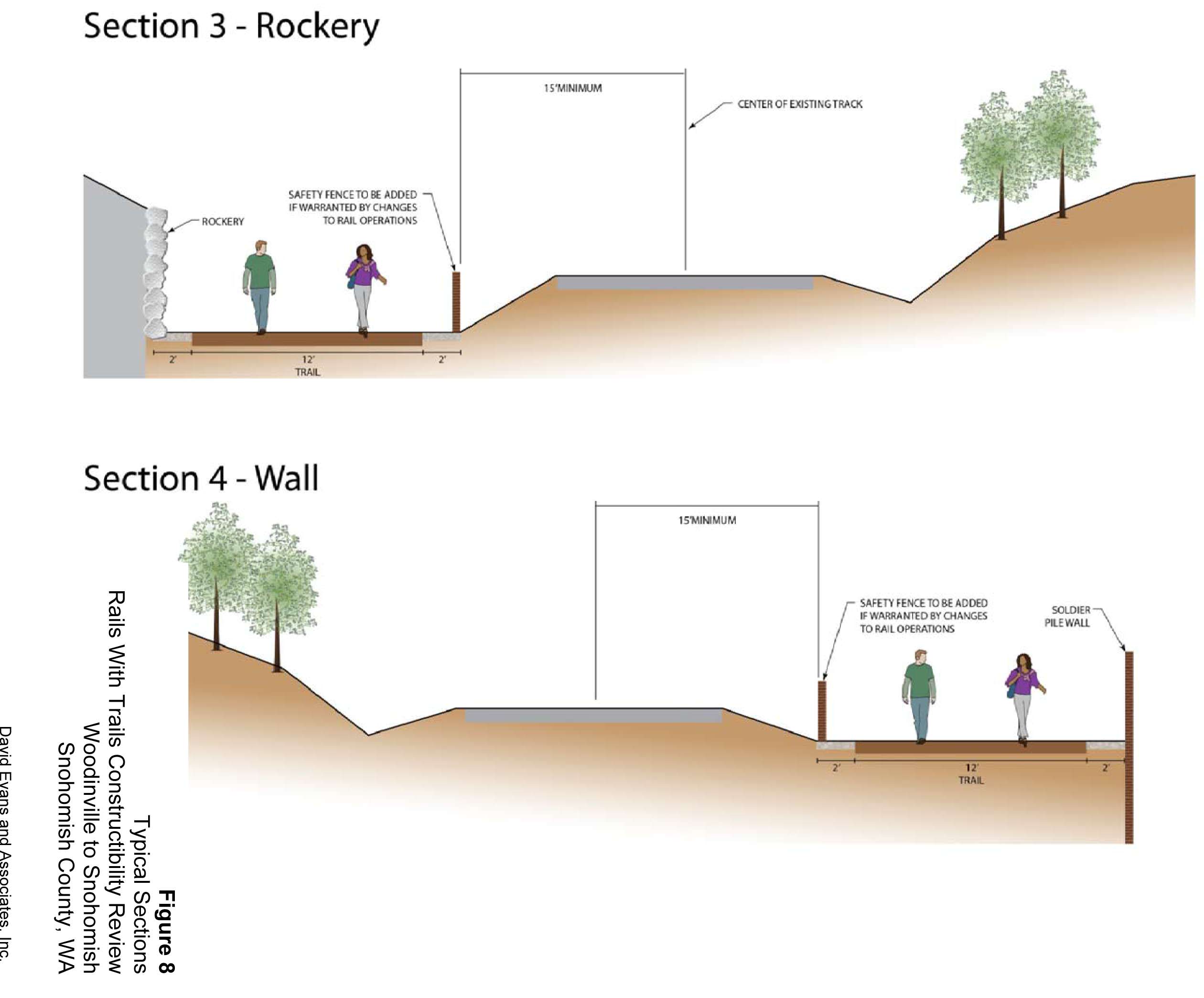