The I-90 Snoqualmie Pass East Project was a multi-year project that WSDOT undertook to improve the state’s critical transportation link across the Cascades. In the area most prone to winter road closures because of avalanches, WSDOT designed a 1,100-foot-long snowshed to cover six lanes of traffic (three lanes in each direction). When the construction contractor proposed a design modification to construct bridges spanning the avalanche paths, WSDOT recommended that DEA provide the environmental services necessary for compliance with NEPA. This led to DEA preparing a limited scope supplemental environmental impact statement (SEIS) in support of the Keechelus Lake Avalanche Bridges.

A major element of the project was re-initiation of consultation under the ESA to address potential impacts of the project on threatened bull trout, northern spotted owl, and other species. The contractor’s construction schedule required that ESA formal consultation be completed in 12 months, whereas the U.S. Fish and Wildlife Service (USFWS) typically takes 18 to 24 months to issue a revised Biological Opinion (BO).

DEA successfully resolved this major challenge through frequent communication with USFWS, providing language in the specialized Biological Assessment that could be used for the revised BO, and developing design simulations that demonstrated how the varying lake levels of the proposed bridges would create more fish habitat and greater shoreline. This project’s combined Final Supplemental EIS and Record of Decision were the first of their kind to be issued in Washington based upon the MAP-21 streamlined project delivery provisions. The Record of Decision was signed in March 2013, exactly one year after the Notice of Intent was published. 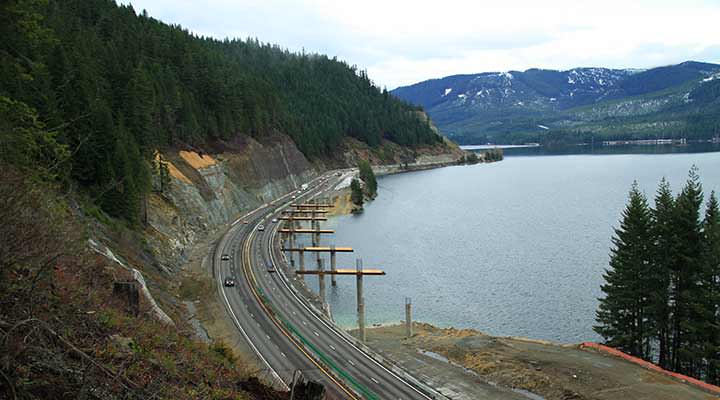 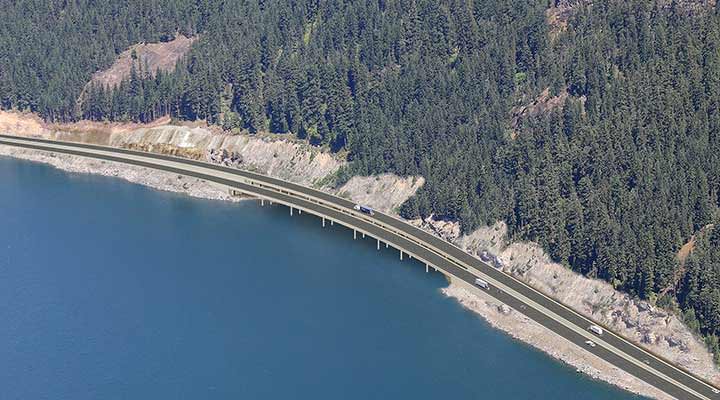